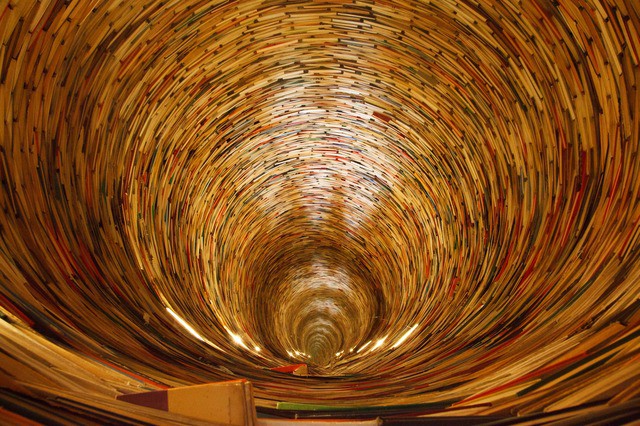 At the recent protest against the high level of racism in the country where I live, R. had the great idea to make an improvised banner. We first considered to write that expats are also migrants, but the use of “expats” was a bit problematic, not fitting into the context of refugees, and not everyone was comfortable with that name. We then ended up with the message: “We’re migrants. Migration is not illegal.” Actually not a very controversial statement.

The Czech Republic is certainly not the forefront of grassroots democracy. This is a stereotype that many foreigners from the Western hemisphere use to fall for, persuaded by images of peaceful masses resisting the Soviet occupation or demanding the Communists to step back, and by figureheads of civil society such as the late Václav Havel. Neither is it the place where to find particular empathy with the disenfranchised or solidarity among the “men in the street” – if I may indulge in this ironic understatement. Public protests seem to draw masses only if they are based on a distinct national cause or if they satisfy base emotions – such as celebrating a victory of the Czech hockey team, demanding that foreign rulers leave the country, or expressing hatred against minorities.

One peculiarity I often observed at these events of grassroots democracy are people who try to “deconstruct” the gathering by taking the discussion to philosophical levels, by establishing ridiculous parallels or by distracting from the actual purpose through a rapid fire of irrelevant questions or “discussion bombings”. Often they don’t seem to have any hostile intention but simply fail to understand the cause. For them human rights, for example, are not intelligible other than localized to the very extreme of their own, individual destiny.

On this particular event, it was a pirate – tall, bearded, in full costume, with a huge pirate flag, and the only thing missing was a mock parrot attached to his shoulder. According to his gestures he was upset or trying to recruit a crew for his ship. Since he didn’t have a mic, I couldn’t hear what he wanted.

Then, the quote of the day: “Are you really migrants?” This question came from a guy who apparently was one of the protesters in favour of the refugees. He asked in English, probably because our banner was too. Instead of telling him, that we just stood there for the fun of it (forgive me the frequent irony, it’s a side effect of living here for a while), we confirmed. We then answered his subsequent questions about our origin countries (Germany, Canada and UK) and how long we lived here. Then he asked with visible unbelief: “And you are really refugees?” “No”, I replied, “we are migrants.” It’s written on the sign in front of you, Einstein.

I think that even many people who stand up for refugees are a bit confused about the terminology. Migrant is the more general term, not defined by the motivation or cause, but usually assuming that the person moves her residence for sufficient time (as opposed to just traveling) to another country. Of course, our sign board didn’t try to claim that our destinies are comparable to those of refugees. But we wanted to question the idea that only some types of foreigners should be accepted.

Why I don’t like to call myself an ‘Expat’

I have sometimes experienced that Czech friends tried to defend me against the notion that I am a migrant. Sorry, guys, I must insist: I am a migrant. This title is not only accurate according to the definition. It also describes my position here, as assigned by local society. No matter how well you speak Czech, what is the percentage of Czech people among your friends, where you pay your taxes and where you spend your life. This is even more true, if you are not white. Whiteness is one of the core conditions of Czechness – even more than the language, acting like a city wall, protecting the country and its smallness.

I refuse to be classified by locals as “one of them” or “one of us”, depending on how they feel. I also don’t want to be used as an example of a “good foreigner” to demarcate the border between what is acceptable and unacceptable. And, lastly, I simply reject the idea that “migrant” is a pejorative word.1

Particularly in connection with my blog Weird Things in Prague, I am often approached by companies and websites that identify me as an expat. Actually, I don’t feel very comfortable with that label. Expats usually move to other countries for temporary jobs or with their partners, and, most significantly, almost all of them live in a kind of “cultural bubble”: not being fluent in the local language, meeting mostly other expats, trying to maintain their customs and habits from their home countries, and generally not being politically interested or even active in the host country. That often means that they depend on a certain infrastructure like bagel shops, expat parties and English-speaking cafés, and on services that help with relocation and legal paperwork, and that bridge the gaps at offices. The more expats have to rely on professional support, the higher are the expenses. In many countries, expats seem to enjoy an over-average salary, a fact that contributes to their self-inflicted separation.

I remember an “expat bar” in Yangon (Rangoon) with exorbitant prices – even unaffordable to those foreigners who were not backed by generous sponsors. Foreign participants of a huge event which prided itself of connecting people took us to that place, so that we naturally ended up as a bunch of foreigners without all the Burmese locals who I actually had come for. During that evening, I remembered Orwell’s stories from his colonial time in Burma, with a feeling of embarrassment. Sipping your costly drink in an exclusive bar inside a developing country doesn’t go well together with the claim to make a difference and to treat the locals as equals.

In the Czech Republic, I’m clearly one of the privileged migrants. The reason, however, is not a self-concept as expat or my income, but my legal prerogative as EU citizen. The Czech Foreigners’ Police have different offices at different places for different types of foreigners. As EU citizen, you deal with mostly helpful and competent officers, and you can even make a reservation for your visit. I remember the days before the Czech Republic’s accession to the EU, when we were waiting before dawn in a queue that spanned along huge buildings, hours before the doors opened, only to be one of those lucky people who could snatch a number. It goes without saying that numbers were for sale on the black market.

I also remember the experience when I once accompanied a Burmese asylum seeker with her little child to a refugee camp, where police thoroughly and repeatedly leafed through her passport, then let us wait for several hours in a waiting room that also served as a “drunk tank”, until they finally came back and told me they had their own Vietnamese interpreters. These two asylum seekers, however, were not Vietnamese. If they didn’t retrieve that information from browsing the passport, why did they bother searching at all?